The department of Livestock and Fisheries in Mufumbwe district has described the just ended 2019-2020 fish ban exercise as a success.

Mr Zulu however revealed that four people were apprehended and taken to court for prosecution on charges of unlawfully being found with a 90 kilograms of fish along the Kabompo river, between 1st December 2019 and 1st March 2020, a period when the ban was still in effect.

He explained that two of the four suspects have since been sentenced to nine months imprisonment with simple labour while the case against the other two is still in court pending judgement.

Mr Zulu further revealed that the report documented for Mufumbwe district has been made possible due to the support his office received from various stakeholders, such as the government departments in the district.

He added that during the fish ban period, his office in collaboration with the department of wildlife and national parks confiscated a total of 18 fishing gears which included fish nets and mosquito nets.

Meanwhile, Mr Zulu has appealed to all local fishermen in the district to ensure that they visit his office for the acquisition of fishing licenses since the fish ban ended on the 1st of March 2020.

He said it saddens his office to see people get prosecuted as they try to earn a living simply because they are found not to comply with the fishing regulations.

He explained that as people come to buy fishing licenses, his office will ensure that they are sensitized on the legal fishing methods including the right fishing gear in order to avoid being inconvenienced by law enforcers.

Mr Zulu said the sustenance of the various fish species and the livelihood that people earn from the fishing activities largely depend on the effective and consistence utilization of legal fishing methods by fishing men.

The government of Zambia every year enforces the fish ban programme in most water bodies around the country with the intention of allowing the various fish species to breed thereby, preserving their existence.

Mufumbwe is one of the districts in North-western Province which is blessed with a number of water bodies such as the Kabompo, Musonweji, Mufumbwe and Lalafuta rivers. 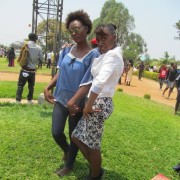 PF to adopt popular candidates only

Reference to Bill 10 means we are static

ECZ can bring chaos in the nation ahead of august elections

Politicians should not think their enemies are our enemies

Honeybee should be prosecuted

Public places in Chingola not adhering to Covid-19 measures

PF to adopt popular candidates only

Reference to Bill 10 means we are static

ECZ can bring chaos in the nation ahead of august elections

Politicians should not think their enemies are our enemies

Honeybee should be prosecuted

Public places in Chingola not adhering to Covid-19 measures

Yo Maps comes back with another smash hit ‘Kaleza’